No Is Not Enough: Defeating the New Shock Politics

Festival of Ideas/
We The Curious

No Is Not Enough: Defeating the New Shock Politics 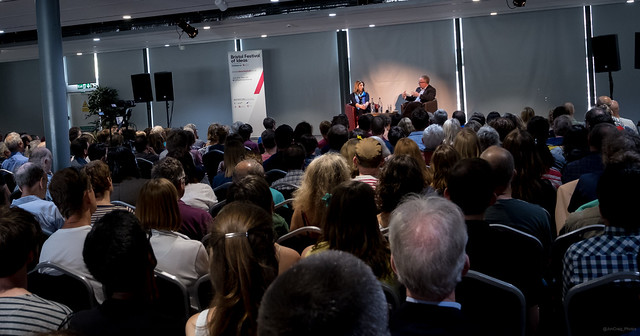 Around the world, Naomi Klein argues, shock political tactics are being used to generate crisis after crisis, designed to force through policies that will destroy people, the welfare and regulatory state, the environment, the economy and security. For Klein extremism isn’t a freak event but a toxic cocktail of our times of which Donald Trump is part. ‘Trump, extreme as he is,’ Klein argues, ‘is not an aberration but the logical extension of the worst and most dangerous trends of the past half-century.  He is the personification of the merger of humans and corporations – a one-man megabrand with wife and children as spin-off brands.’

Naomi Klein proposes her ‘toolkit for shock-resistance’ to reject the Trump megabrand, reclaim the populist argument, counter rising chaos and divisiveness at home and abroad and help build a fairer society and more sustainable world.

Naomi Klein is an award-winning journalist, syndicated columnist and author of the international bestsellers The Shock Doctrine and No Logo. She is a member of the board of directors for 350.org, a global grassroots movement to solve the climate crisis, a Puffin Foundation Writing Fellow at the Nation Institute and a former Miliband Fellow at the LSE. She holds an honorary Doctor of Civil Laws from the University of King’s College, Nova Scotia. No Is Not Enough is her latest book. Follow her on Twitter @NaomiAKlein